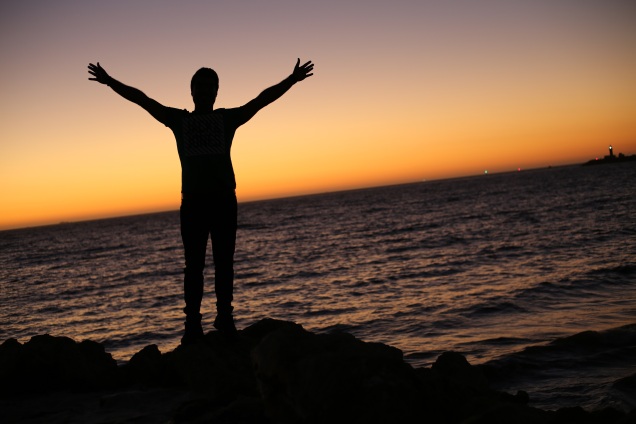 For several years in my 20s, I belonged to a Pentacostal church. Pentacostalism is distinguished from other Protestant traditions primarily by its belief in “baptism in the Holy Spirit” as a separate experience from conversion and water baptism. Believers who desire a deeper relationship with God seek this spirit baptism. It supposedly grants the believer spiritual gifts including “speaking in tongues.” That gift is the primary sign that spirit baptism has occurred.

I was an earnest Christian, with a deep, heartfelt conviction that I needed to yield myself fully to the will of God. And so one Sunday, I approached the altar, and said I sought to be baptized in the Holy Spirit.

There were hallelujahs and hosannas. Several men, including the pastor, surrounded me as I knelt. They placed their hands upon me. We prayed. I begged God to fill me with His spirit. The men prayed, some in English, some in the unintelligible words that showed that they were themselves overflowing with the spirit of God. I pleaded for God to take me. Consume me. Destroy my will and replace it with His. Make me your servant, oh Lord. I will do anything.

I don’t know how long it lasted.

Other people had come up to the altar to be saved, or to seek spirit baptism. All had their moment, one by one, until only I remained, surrounded

Nothing was happening to me.

I felt ashamed that what seemed to come so easily to others would not come to me. Fearful that everyone would know that God had rejected me as unworthy. My knees ached. I felt hot. I was having trouble breathing. It wasn’t going to happen. I knew it. From the changing tone of their prayers, the men surrounding me knew it, too. Someone removed his hands from me. It wouldn’t be long before the others followed suit.

So I faked it.

I leaped to my feet, threw my hands in the air, and began shouting random syllables. I mimicked the sounds I had heard others making when they were overtaken by the Holy Spirit.

The men who had been praying with me rejoiced. They shouted hallelujah. They praised Jesus. They embraced me as I babbled.

I was one of them. I had been accepted, if not by God, then by them. I would not be looked on with disdain, or suspicion, or pity. I acted Spirit-filled, so they believed I was Spirit-filled.

I could only conclude that they were faking it, too.

This “spirit filled” business had to be, at best, a delusion. At worst, it was an outright fraud. Because if it was real for even one person in the congregation, that person would surely know that the rest of us weren’t for real.

That was the beginning of the end for me and religion. I found another church, but I could no longer ignore the cognitive dissonance of belief. Eventually, I stopped going to church. I went back, wondering if I were missing something, but honestly, I felt happier when I wasn’t going, so I stopped entirely. I haven’t been to a church except for weddings and funerals since.

4 thoughts on “Faith and Fraud”