Transferring away from Mercer University was one of the biggest mistakes I ever made.

I attended Mercer for four quarters beginning in the fall of 1985, after falling in love with the place in eleventh grade. I went into my first quarter with unreasonably high expectations, but somehow reality proved far better than my hopes, and it only got better over the course of the rest of the year. I was the happiest I’d ever been in my life there.

It couldn’t last. My mother had never been thrilled with me going away to school. She had wanted me to stay at home and go to UCF, and she never stopped pressuring me to come home. Mostly, that took the form of talking about how expensive Mercer was. I was being selfish. It was an enormous burden on my father. Eventually, I caved.

Not entirely. I wouldn’t go to UCF under any circumstances. I was planning a theater major at that point. Both Florida State University and University of South Florida had good theater programs, but I didn’t want to go to FSU, either. Too many of my high school classmates had gone to FSU—primarly the ones I disliked.

USF was enormous compared to Mercer, and I felt lost. I didn’t fit in with the chapter of my fraternity. I struggled to make friends outside of the fraternity. When the girl I had loved since tenth grade broke my heart, I had no one to lean on. The cherry on top was that I hated the theater program, so my ostensible reason for going there no longer applied.

I fell into a deep depression. I’d suffered from depression before, but never this profound. Food tasted like sand. I couldn’t sleep. I couldn’t concentrate. I couldn’t laugh. I got by that first semester, but my grades went into free fall after that. When my GPA dropped so low that the school put me on probation, I knew I wasn’t going to be able to pull it back up in time, and I dropped out.

If I had stayed at Mercer, I still would have had my heart broken, and I still would have been depressed, but being surrounded by good friends in a place I loved would have helped me recover. And without that profound depression, I wouldn’t have fallen into the clutches of the toxic faith that devoured the next six years of my life. 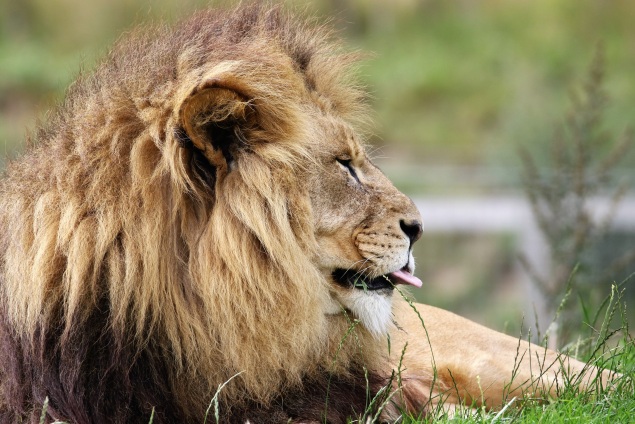 Yesterday, I wrote about my experience as a member of a Pentecostal church when I was in my twenties. I struggled to write it, and I struggled with publishing it.

The first reason I struggled was that I would be publically acknowledging something about myself that has been a source of shame to me for a long time. How did someone who was once thoroughly skeptical of fundamentalist Christianity get caught up in a Pentecostal church to the point where he would pretend to speak in tongues? That’s a topic that would take more than a few hundred words to explore. For now, what’s important is that it was very difficult to make this embarrassing episode in my life a matter for public consumption.

The second reason I struggled was that I was sure that it would offend some people. When I posted a link to the piece on both Twitter and Facebook, I added this note:

Faith and fraud. I really struggled writing this one, and I’m sure it’s going to piss off some people. https://t.co/6yq1ShDxlS

I felt as though I had to take the risk, anyway. Fear of giving offense is the inner critic’s backup attack vector when, “You suck” stops working:

It sounds so reasonable, but once you give in to the impulse to self-censor, it grows. Today, you can’t write about religion. Tomorrow, politics. Soon your own memoirs are off-limits, and eventually, there is no topic you can write about.

I’m just starting to find my voice again, so I refused to shut myself down.

I had another reason to find the courage to publish the piece. I often counsel other writers to overcome their fear. How could I have any credibility if I couldn’t do the same thing? I had to show the same willingness to be vulnerable, the same courage to speak my mind that I advise others to develop.

Now, having finished this entry, I’m going to check in on social media and see if anyone hates my guts yet.

I’m flying today. I’m going to visit my father and sister in Colorado, something that I haven’t done in far too long. Two or three years, in fact. It’s amazing how quickly time gets away from you.

I always wear my Superman logo T-shirt when I fly. I’ve chosen the brightest version of the logo I could find. Not for me the black-and-silver, or the muddy red and dingy gold of the modern movies. I prefer the clear, bright logo of the Superman I first encountered in comic books as a child.

In the earliest Superman story that I remember reading, a villain called the Master Jailer had captured Lois Lane and was holding her prisoner at the center of a maze with a series of traps. For reasons I don’t recall, Superman couldn’t use his powers. One of the traps involved a pair of panthers. Even though it would have been faster for him to kill the great cats, he refused, having sworn never to take a life, whether human or not.

That stuck with me. Superman had all the power in the world, but he used them with care and purpose. That’s why Superman became my favorite hero. And that’s why I’ve chosen to wear that version of the logo.

Whenever I wear it, people light up. Children and adults give me a smile and say, “Hi, Superman!” I think they, too, have an image of Superman as the ultimate hero. Unequivocal good guy. The one who will stand up to any injustice, no matter how small. No matter what the Zac Snyders of the world do to the character, that’s who Superman really is, and always will be to me.

When I was five or six, the Green Giant Company had a promotional giveaway. You mailed in eight package labels and they sent you a Jolly Green Giant kite and a small plastic figure of the Giant’s sidekick, the Little Green Sprout. Clip the Sprout to the kite string, let the wind carry him up, and a flick of the string would send him floating back to earth on a parachute.

I had no particular fondness for the Jolly Green Giant (or the vegetables he was hawking), but I was crazy for this kite. I have no idea why. I can only imagine that there was a television ad that made it look like the most fun toy ever created. Mom sent in the labels, and when the kite arrived, Dad put it together and we took it down to the park.

It was as tall as I was, and sturdy. When we launched it, I remember feeling that it might lift me off the ground if not for Dad’s grip on my shoulders. When we ran out of string, we sent Sprout rocketing aloft. I waited as long as I could to pluck the string. Sprout popped off, the chute opened, and Sprout floated earthward. It was a glorious sight.

Right up until the wind caught him.

Sprout blew far off course, into the woods at the edge of the field. Though we reeled in the kite as quickly as we could and went looking for Sprout, we never found him.
Dad expected me to cry, I’m sure. I cried a lot as a child, and I remember the look on his face when he told me there was no hope. But I didn’t cry. I remember feeling disappointed, but at the same time, feeling that it was not something to be upset over. I’d gotten to watch Sprout fly, and that was good enough.

In one of my early jobs in the IT sector, one of my responsibilities was to make sure that no one installed unauthorized software on the office computers. This was back in the Windows 3.1 days, and nothing prevented users from installing whatever the heck they wanted. I had to run a weekly scan to determine if anything unauthorized was installed and remove anything that wasn’t legit. Most users took it in stride once I explained why it was a violation of policy.

Most users, but not Major Rick Dugan.*

Dugan was one of those guys who retires from the military but never gets over it. He insisted that we address him by his old rank. He ordered everyone around, regardless of their position in the organization, as if we were his private army. I think he secretly wished we would salute him.

One day, I discovered that Dugan had installed his personal copy of a CAD application. I explained the policy and told him I’d have to uninstall it.

He yelled, he blustered, he threatened. No “snot-nosed kid” (I was in my late 20s) was going to tell him what he could or could not do.

I remained steadfast. Tried to explain again how and why it was against the rules to install personal software on our machines. Not only was it a policy violation, it was also a violation of the license agreement, and therefore illegal.

That only made things worse. How dare I impugn his integrity? Didn’t I know he had been a Major in the US Army?

As if anyone could have failed to know.

As if the mere fact of his having been an officer precluded him doing anything wrong.

Dugan eventually got his way. He complained to my boss, was told no, then went to my boss’s boss. Eventually, I got email from someone far up the food chain telling me to allow the Major to install whatever he wanted. I quit soon afterward.

I hadn’t thought of him in years, until earlier this month, when White House Press Secretary Sanders said that it was “highly inappropriate” to argue with White House Chief of Staff John Kelly because he was a General. Like Dugan, Kelly is retired from the military, but even if he were active duty, the idea that military officers are beyond question is appalling.

* Not his real name or rank.