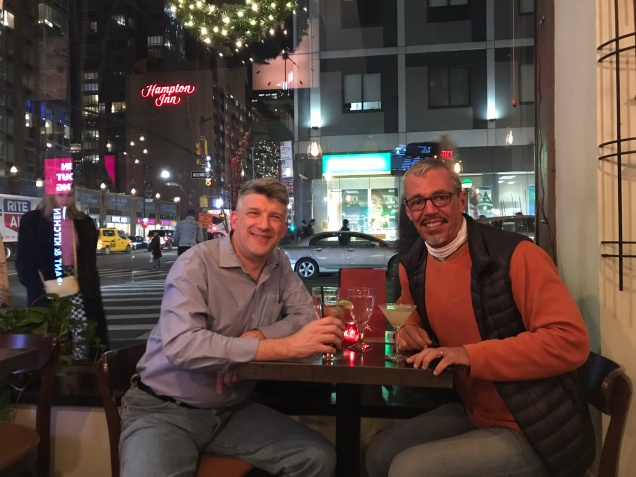 It happened that my friend Don and I discovered that we were in New York City at the same time. I was staying near the World Trade Center, and he was in Harlem, but that distance paled in comparison to the 1,200 miles or so that usually separates us. We arranged to meet in Midtown. When I spotted him as I crossed 8th Avenue toward the restaurant we’d agreed on, I felt a deep sense of joy and gratitude for the gift of time together.

Don and I met over twenty years ago in graduate school, when we were assigned an office together. We discovered mutual loves not only of literature, language, and drama, but also of less highbrow interests like superheroes and Star Trek. Our similar outlook and senses of humor meant we were sympatico in other ways as well.